The history of influencer marketing

The Oxford Dictionary defines an influencer as “a person with the ability to influence potential buyers of a product or service by promoting or recommending the items on social media”. As such, influencer marketing is a powerful tool for brands, allowing them to use well-known, aspirational figures to encourage others’ purchasing decision.

As a concept, influencer marketing has dramatically grown in recent years. But with its increasing popularity, controversy follows. Criticism that influencers share an unrealistic, unattainable dream to the public has somewhat tarnished the industry. This issue became abundantly clear during the Covid-19 pandemic related lockdown.  Whilst most of us mere mortals were staying home, staying safe and reducing the spread of the virus, there were a number of ‘influencers’ jetting off to exotic locations and splashing images of themselves across social media channels sunbathing and enjoying life!  This type of behaviour and blatant disregard for the pandemic did little to endear them with their fans and warranted significant negative attention.

Regardless of how you feel about it, influencer marketing will continue to have tremendous results for businesses. The key is ensuring you utilise it in a way that works for your business and brand values and the type of reputation you want.

Below, we have created a timeline of influencer marketing to show how this contentious topic has changed over time and what businesses must do to reap its benefits today.

The beginnings of influencer marketing

Influencer marketing began much earlier than you might think. For centuries, people have been trying to recreate the lives of those they admire, including royalty, celebrities and even local figureheads.

The oft-cited first instance of ‘influencer marketing’ happened in 1760, when Wedgwood described their pottery as ‘Queen’s Ware’, having made a tea set for Queen Charlotte. The move gave the royal stamp of approval and the brand still enjoys a luxurious reputation today.

People often associate the use of ‘brand characters’ to influencer marketing, such as Homepride Fred, starting in the 1960s, Uncle Ben in the 1940s and the use of Santa Claus in Coca Cola’s advertising from the 1930s.  These fictional figures’ role in encouraging people to buy, is considered to be pioneering in the history of influencer marketing.

While these may seem far removed from influencer marketing as we know it today, it wasn’t long before we began to see famous, real-life figures promoting brands. In 1905, American brand Murad Cigarettes used actor and comedian Roscoe Arbuckle in their print ads, marking the first celebrity product endorsement.

This coincided with the ‘rise of the celebrity’ during the ensuing decades, with iconic figures such as Marilyn Monroe and Coco Chanel becoming aspirational figures that people looked to be like with their purchasing decisions. In Chanel’s case, the fact the ‘little black dress’ remains a wardrobe staple for many today shows just how far-reaching her influence was.

The rise of celebrity sponsorship

While 1905 may have seen the first celebrity endorsement, it would continue to rise exponentially during the next few decades. By the 1980s, it was commonplace to see sports stars, supermodels, singers and actors promoting products if the deal was right and the paycheck sizeable.

One of the most famous examples was the collaboration between Michael Jordan and Nike in 1985. Jordan had made the Air Jordan sneakers famous by wearing them on the court the year before.  Signing Jordan as a brand ambassador and making the sneakers available to the public turned out to be a great move, with $70 million worth of the product sold in the first year. To date, the Air Jordan brand alone has made the company over a billion dollars.

In this era, we also saw other big-name celebrity-brand partnerships, including Michael Jackson and Pepsi, Mike Tyson and Nintendo and even Miss Piggy and Polaroid. A trend that has continued until this day, and with notable deals such as the partnership between George Foreman and Foreman Grills, Justin Timberlake with McDonald’s, and Gary Lineker for Walkers crisps being some of the most memorable.

With this rise of celebrity sponsorship and alliance with brands, influencer marketing’s power on consumerism became apparent, with millions in sales generated for businesses.

The advent of the internet in the 1990s gave influencers a new platform to market brands. Blogs, social media, online advertising have all become vessels for celebrities to promote products at just the click of a button.

Users were now able to review products they loved with dedicated blogs, videos and posts that could be shared with vast audiences worldwide. Brands quickly cottoned on to the impact this could have, putting in place paid partnerships to get products recognised.

The creation of the image-based social media channel, Instagram in 2010, changed the game again. Instagram became associated with the age of influencers and with many posts explicitly dedicated to promoting brands and products, either as a ‘paid’ deal or at the user’s discretion. Video websites like YouTube also have played a huge part, with video reviews and ‘product hauls’ being a popular format on the channel.

The digital age was crucial to influencer marketing’s evolution for two reasons: Firstly, it made it easier than ever for celebrities to share brands, requiring less effort and reaching bigger audiences, with profitable campaigns generating publicity and traffic.

Secondly, it redefined who an influencer was. With bloggers and social media icons racking up followers and influence, brands no longer needed to work solely with film stars and music artists. Instead, they could work with real people who had a better connection with their followers and gave a better feel of authenticity. As a result, brands could use influencers to create more targeted strategies without spending millions on celebrity deals.

Into the 2010s, the term ‘influencer’ gained more traction. It was officially added into the Oxford Dictionary in 2019, marking its prevalence in everyday life.

The increased use of social media during this period helped grow influencer marketing’s popularity, coinciding with the advent of reality TV and vlogging. Consequently, there became a whole new host of small-time celebrities and icons that brands could work with to get their products in front of the general public and encourage them to purchase.

However, with the rise of influencer marketing came increased restrictions. Critics were concerned with the sponsored nature of social media posts. It became unclear whether the influencer was recommending a product because they had tried it and genuinely liked it or because they were contractually obliged to. It was felt that people were being encouraged, even manipulated to spend their hard-earned money on products so that they can be like their idols – only to find the product wasn’t quite as good or useful as stated.

In 2018, the Advertising Standards Agency published guidelines that stated influencers must clarify when their posts have been sponsored as part of either a paid deal or gifted products. If influencers fail to do so, they risk breaking the law and may be ordered to remove posts for breaches of standards.

Due to the regulatory changes, you will now see most influencer posts with tags such as #ad, #gifted or #paid. This shows the enhanced scrutiny behind celebrity endorsements and understanding that this is often a paid transaction, bringing into question the authenticity of such posts. It also means it is more vital than ever than brands and influencers comply with the guidelines to avoid hefty consequences and unfavourable audience sentiment.

Today, influencer content saturates the media channels more than ever and forms the biggest chunk of marketing spend by major brands. The definition of an influencer continues to be stretched, the term now applying to anybody with a small or large following, celebrity or not.

A survey in 2019 found that a massive 96% of UK consumers do not trust influencers. Unfortunately, building trust is an integral part of winning over customers and gaining a good brand reputation, so it is questionable how much influence these ‘influencers’ actually hold.

Data suggests the industry could be worth $15 billion by 2022, suggesting there is still value and money to be made through influencer marketing. However, the newfound controversy and consumer mistrust mean that brands have to be careful to get results and avoid alienating their customers.

Businesses must therefore be selective about how they choose an individual to represent their brand making sure that they align with both brand values and customer base. Similarly, the actual content itself created in collaboration with influencers must be carefully thought-out, with the aim of providing real value to audiences, complying to standards and sharing a ‘genuine’ view of your product or service.

Rather than signing up the latest popular Love Island star: instead, take the time to look for small-time bloggers with higher levels of trust and integrity, or experienced industry figures whose opinions and recommendations are already highly valued and known for authenticity. And at all points, you must ask who your customers genuinely will listen to and why.

Being considerate in this way will achieve better results in both brand reputation and sales. The days of piggybacking off the latest celeb are long gone.  Integrity is where it’s at.

Influencer marketing is a beast that shows no immediate signs of stopping. Since its royal beginnings in the 1700s, through the age of celebrity in the 1980s and to the reality star, social media associations of today, it has dramatically shifted in use over time.

With it now exceptionally present on in the media and subject to debate, time will tell if this form of marketing can continue in its current state. What is more likely is that it will continue to develop as consumer behaviour, market trends and who counts as an ‘influencer’ change.

It covers every marketing channel one could imagine: video, social media, content, advertising and even PR. It’s reach potential is massive. It’s not surprising that many businesses see it as the answer to their marketing prayers. However, due to the over-exposure and backlash of recent times, brands must now be savvy in how they affiliate with influencers if they want their reputation to thrive.

For those that do it right – using relevant ambassadors, in a customer-focused and tactile way – it may just be the key to winning over customers and influencing people.

Get in touch with OlsenMetrix to boost brand awareness and get your business in front of leads waiting to purchase from you, whether through influencer content, PR activity, or other forms of outreach. 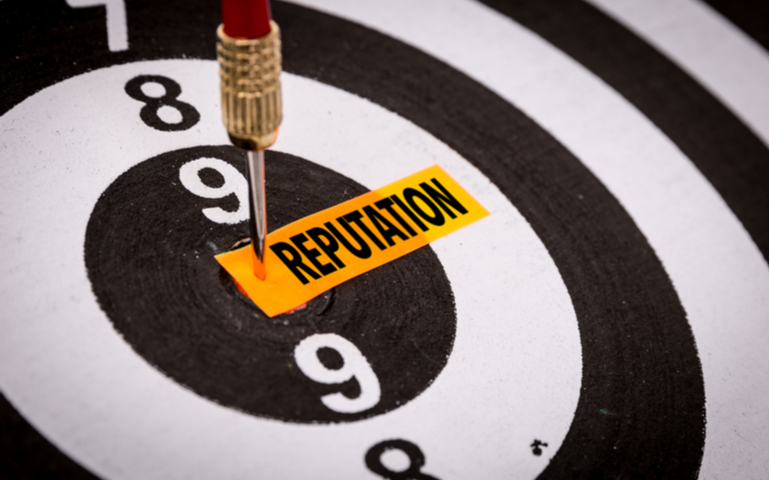 The five most common, preventable things that can damage a brand's reputation

The five most common, preventable things that can damage a brand's reputation For any brand, the nirvana is ... 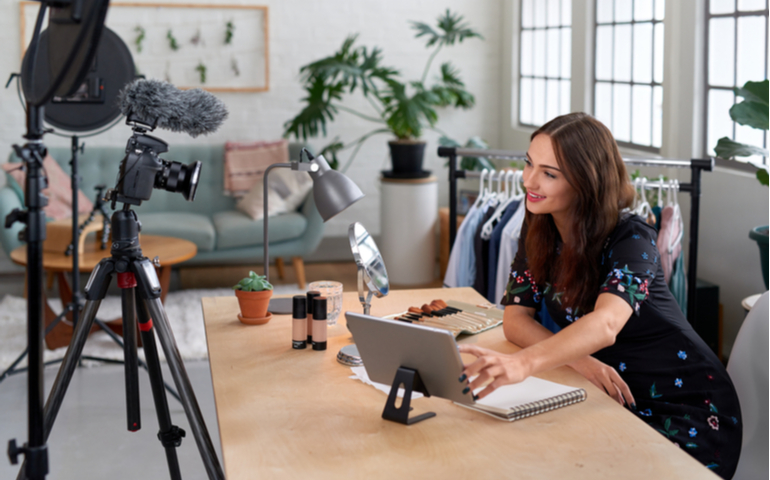 Briefing influencers: How to prevent it from going terribly wrong

Briefing influencers well is critical to ensure their content aligns with your brand goals. Find out how to brief them to maximise results.

Let's talk about your next project.

Why hashtags are the social media holy grail, and how to use them